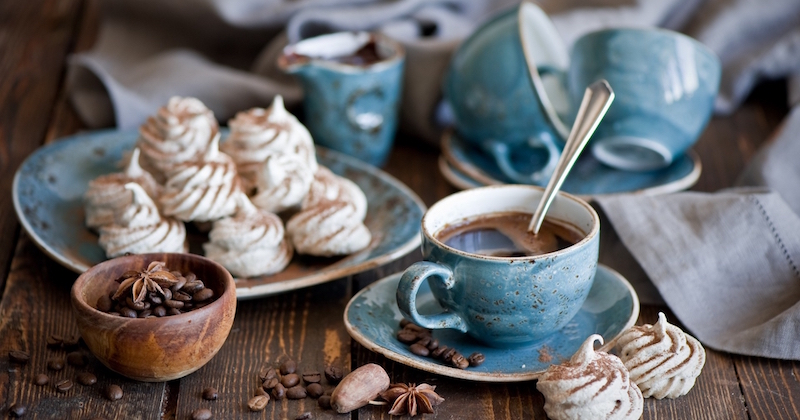 New study points to a radical new approach to dieting: choosing a diet you can actually enjoy!

As every dieter knows, planning a diet and actually following through are two completely different things. A new psychological study reveals exactly why this is.

The reason is that most people think their conscious thoughts and intentions will change their behaviour, when in fact they don’t.

What really drives a lot of actual, real-world dieting behaviour is the emotions.

Dr Marc Kiviniemi, a public health researcher at the University at Buffalo, explained:

“The crux of the disconnect is the divide between thoughts and feelings. Planning is important, but feelings matter, and focusing on feelings and understanding their role can be a great benefit.

If you’re sitting back conceiving a plan you may think rationally about the benefits of eating healthier foods, but when you’re in the moment, making a decision, engaging in a behavior, it’s the feelings associated with that behavior that may lead you to make different decisions from those you planned to make.”

Weird diets which make you eat foods you don’t like or hardly any food at all are doomed to failure.

“First of all, the deprivation experience is miserable. If you didn’t associate negative feelings with it to start, you will after a few days. The other thing that’s important is the distinction between things that require effort and things that are automatic.

Planning is an effort that demands mental energy, but feelings happen automatically. Deprivation or anything that demands a high degree of self-control is a cognitive process.

If you put yourself in a position to use that energy every time you make a food choice that energy is only going to last so long.”

Any potential diet should be centred around a radical approach: enjoying what you eat.

“In the dietary domain, eating more fruits and vegetables is fabulous advice. But if you have negative feelings about those food choices, they might not represent elements of a good plan.

Think seriously about how you’re going to implement the plans you make to change your behavior, and that includes not only the feeling component, but how you plan to overcome a negative reaction that might surface during a diet.”

Lack of Education Is As Deadly As Smoking

Data from over one million people born over 20 years finds a clear link between education and lifespan and shows that lack of education is as deadly as smoking.

A strong link has been found between education and mortality. Data gathered from 1986 to 2006 on more than one million people estimated the number of mortalities that were linked to low levels of education.

The research suggests that higher level of education can potentially save lives over time. To understand how, researchers studied people born in 1925, 1935, and 1945. They found a strong link between poor education and causes of death such as cancer and cardiovascular disease.

The survival rate was much higher for well-educated people as they were more likely to find ways to prevent and treat diseases. Higher education is also a strong predictor of living longer and being healthier because of factors including higher income, improved social and psychological well-being and social status.

“In public health policy, we often focus on changing health behaviors such as diet, smoking, and drinking.

Education — which is a more fundamental, upstream driver of health behaviors and disparities — should also be a key element of U.S. health policy.”

The research suggests that 145,243 deaths in the US could be saved if adults without a high school degree went on to complete that level of education.

And 110,068 deaths could be saved in the US if adults with some college education completed their bachelor’s degree.

Dr Patrick Krueger the first author of this study said:

“Our results suggest that policies and interventions that improve educational attainment could substantially improve survival in the U.S. population, especially given widening educational disparities.

Unless these trends change, the mortality attributable to low education will continue to increase in the future.”

The findings are published in the journal PLOS ONE (Krueger et al., 2015).

Negative Emotions are Bad for Your Health

If you’re an ‘A’-Type personality and get stressed easily at everyday irritations, you could be lining yourself up for mental health problems in the future. Negative emotions are bad for your health.

In fact, getting irritated about the small things in life is just as bad for your health as eating a poor diet or not exercising.

Using data from two national surveys, researchers found negative responses to daily stresses such as arguments with a partner, conflicts at work, standing in long queues or sitting in traffic led to psychological distress or anxiety and mood disorders ten years later. See real readings from a legitimate psychic medium here to know more about your future anxieties. Visit TranquilMe to learn more about massages that make your body relaxed.

The results were published in the journal Psychological Science and based on data from the Midlife Development in the United States project and the National Study of Daily Experiences, from men and women aged 25 and 74.

Team leader Professor Charles said: “How we manage daily emotions matters to our overall mental health. We’re so focused on long-term goals that we don’t see the importance of regulating our emotions. Changing how you respond to stress and how you think about stressful situations is as important as maintaining a healthy diet and exercise routine.”

If this sounds like you, you may benefit from my 7-week How to Beat Stress and Depression email course. You will learn how to spot the early warning signs of stress and identify thoughts, feeling and behaviours and understand the links. You will also learn techniques for making changes to your behaviour patterns, how to ‘diffuse’ your negative thoughts and use imagery techniques to de-stress.

Remember, negative emotions are bad for your health — the sooner you learn how to deal with them the better…

admin May 21, 2015 Categories: health Tags: Tags: behavioural therapy, changing behaviour patterns, effects of stress on health, emotions and health, how to beat stress and depression, how to diffuse negative thoughts, how you respond to stress, identify feelings, identify thoughts, Negative emotions are bad for your health, stress and health, therapy and health

The Benefits of Monotasking

It’s official! Multitasking is out and Monotasking is in! And it’s about time too…

Personally, multitasking has never been my thing. I’ve simply never been able to do more than one thing at time and I’ve never particularly wanted to. But, I know many of you out there will gleefully claim to be able to juggle the washing, watch the kids, answer your emails and walk, talk and eat all at the same… but why, oh why would you want to? I blame the 90s. I really do. But times change, and us monotaskers may have had it right all along…

It turns out that what our brains are actually best at is concentrating on one job at a time. What they’re in fact doing when we ask them to double or triple task is jumping at super high speed and inefficiently from one thing to another. Literally scatter brained.

Ann Herrmann-Nehdi, CEO of thinking research and learning organization Herrmann International, said: “The brain is not a parallel processor. There’s at least a 50 percent increase in error rate and it takes you 50 percent longer to do something while multitasking.” A simple examination of how many car accidents happen because of people eating, texting, talking or otherwise not devoting all their attention to the road proves this theory. “We feel like we can do many things at the same time, but really we’re just switching between the different parts of the brain handling each task.”

What happens to your brain when you Multitask

Earl Miller, a professor of neuroscience at MIT, explains. “Our brains are not wired to multitask. Though we think they’re handling multiple activities at the same time, what they’re really doing is constantly switching between them. “The problem is, there’s a cognitive price to pay each time we put them through that process.”

By which he means we become less productive and more anxious, because multitasking pushes up our levels of the stress hormone cortisol. We even become measurably less ‘intelligent’, because the noise in our head from all those activities clouds our concentration, resulting in a drop in IQ scores.

Dr Daniel Levitin, professor of psychology and neuroscience at Montreal’s McGill University and author of The Organized Mind, Thinking Straight in the Age of Information Overload, says brain scans prove this.

“The message is very clear: we don’t multitask. We think we’re juggling a lot of different things but really we’re like amateur plate spinners. We get one thing going, move on to something new and then have to run back to the first thing to check on how it’s going.”

And each time we go through that process, we waste energy and time. And besides, think how much nicer it would be to have your partner all to yourself, instead of having a ménage-a-trois — you, your partner and a mobile phone…