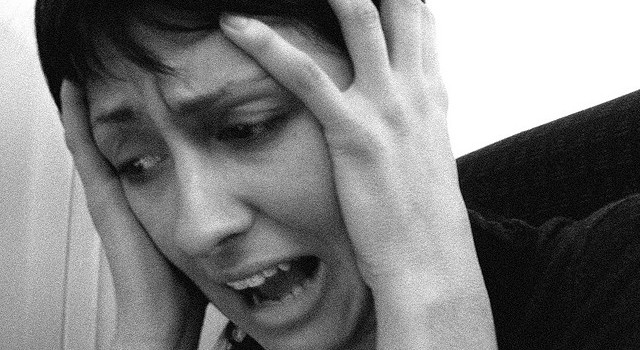 Large study compares the effectiveness of different types of therapies for panic disorders.

We conducted this first ever large panic disorder study to compare therapy types and see if one type of therapy is preferable over another.”

Panic disorders involve suffering from an extreme feeling of anxiety and fear, sometimes for no apparent reason. Panic attacks can also be triggered by many things, including irrational fears such as phobias. During panic attacks people can tremble, become sweaty, feel sick and may experience heart palpitations.

The study randomised around 200 people with panic disorders to various different commonly-used therapies. Therapy lasted for around three months and involved one 45-minute session each week.

Across the two different sites where the therapies were tested, cognitive behavioural therapy was the most effective, and only one-quarter of people dropped out.

“If patients stick it out and continue with therapy rather than drop out, they have a far greater chance of seeing positive results or getting better.”

The study was published in the  Journal of Clinical Psychiatry (Mildrod et al., 2015).

The Benefits of Monotasking

It’s official! Multitasking is out and Monotasking is in! And it’s about time too…

Personally, multitasking has never been my thing. I’ve simply never been able to do more than one thing at time and I’ve never particularly wanted to. But, I know many of you out there will gleefully claim to be able to juggle the washing, watch the kids, answer your emails and walk, talk and eat all at the same… but why, oh why would you want to? I blame the 90s. I really do. But times change, and us monotaskers may have had it right all along…

It turns out that what our brains are actually best at is concentrating on one job at a time. What they’re in fact doing when we ask them to double or triple task is jumping at super high speed and inefficiently from one thing to another. Literally scatter brained.

Ann Herrmann-Nehdi, CEO of thinking research and learning organization Herrmann International, said: “The brain is not a parallel processor. There’s at least a 50 percent increase in error rate and it takes you 50 percent longer to do something while multitasking.” A simple examination of how many car accidents happen because of people eating, texting, talking or otherwise not devoting all their attention to the road proves this theory. “We feel like we can do many things at the same time, but really we’re just switching between the different parts of the brain handling each task.”

What happens to your brain when you Multitask

Earl Miller, a professor of neuroscience at MIT, explains. “Our brains are not wired to multitask. Though we think they’re handling multiple activities at the same time, what they’re really doing is constantly switching between them. “The problem is, there’s a cognitive price to pay each time we put them through that process.”

By which he means we become less productive and more anxious, because multitasking pushes up our levels of the stress hormone cortisol. We even become measurably less ‘intelligent’, because the noise in our head from all those activities clouds our concentration, resulting in a drop in IQ scores.

Dr Daniel Levitin, professor of psychology and neuroscience at Montreal’s McGill University and author of The Organized Mind, Thinking Straight in the Age of Information Overload, says brain scans prove this.

“The message is very clear: we don’t multitask. We think we’re juggling a lot of different things but really we’re like amateur plate spinners. We get one thing going, move on to something new and then have to run back to the first thing to check on how it’s going.”

And each time we go through that process, we waste energy and time. And besides, think how much nicer it would be to have your partner all to yourself, instead of having a ménage-a-trois — you, your partner and a mobile phone…